A Conversation with Cities: Mayors on Making Innovation Stick

By Ed Skyler, Executive Vice President for Global Public Affairs, Citi and Chairman of the Citi Foundation July 19, 2016 11:00 AM 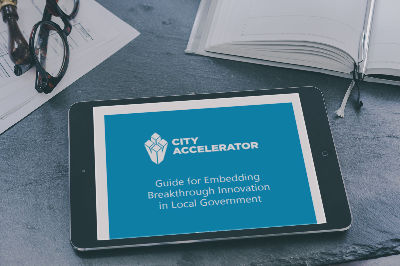 The following blog post is part of the City Accelerator initiative, a collaboration between the Citi Foundation and Living Cities that aims to speed the adoption of innovative local government projects within and across cities that will have a significant impact on the lives of their residents, especially those with low incomes.

In a period of polarized national politics, citizens are increasingly looking to mayors to solve challenges and get things done. As a financial services institution focused on cities, Citi cares deeply about urban areas and we are proud of our efforts, through our Citi for Cities initiative along with Citi Foundation programming, to help cities manage their growth and thrive. We also know that the challenges facing cities are complex, and that it will take the input and best practices from the public, private and nonprofit sectors to successfully identify and implement innovative solutions.

For 18 months, the cities of Louisville, Nashville, and Philadelphia have been working to address some of their toughest challenges — from the impact of fires in abandoned buildings to low enrollment in taxpayer benefits to homelessness. While the issues are unique to each city, these cities have a common goal to provide quality services that are accessible to all of their citizens. Each city has collaborated with the City Accelerator to construct tailored strategies to approach their specific challenges. Along the way, they have also had an opportunity to share their obstacles and learnings so that these cities – and many others across the country – can benefit from the process.

Ahead of their final City Accelerator convening in Philadelphia in July, Nashville Mayor Megan Barry, Louisville Mayor Greg Fischer and Philadelphia Mayor Jim Kenney reflected on the changes underway in their cities, and how the initiative has helped their cities to lay the groundwork to ensure their cutting-edge efforts can be sustained. 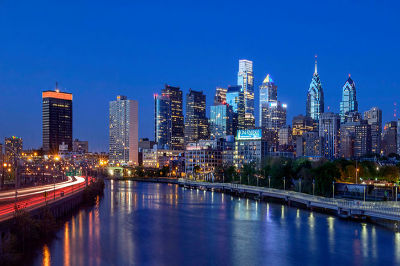 How do municipal governments innovate?

Mayor Greg Fischer: I’m a career entrepreneur, and being the Mayor of Louisville is my first job in government or public service. We were still in the shadows of a recession when I took office, and I knew creating a culture of continual innovation was key to helping us get on the right track for the future. You create that culture by dedicating specific resources to innovation, including innovation in your communications and conversations, both with your staff and the public; by bringing innovators onto your team; and by using innovation as an organizing principle for your organization.

Mayor Jim Kenney: Necessity is the mother of invention – and in Philadelphia, like many other municipal governments, we have a lot of needs. We need to pick up trash and pave streets; we need to educate our children and keep them safe; and we need to do everything with limited resources. Philadelphia is constantly looking for new ways to serve our residents, visitors, and businesses more efficiently, equitably, and effectively. To do this we rely on information, collaboration, and experimentation.

Mayor Megan Barry: Nashville, as a direct result of our involvement in the City Accelerator initiative, has innovated in two distinct ways during my first 200 days in office. I called upon Nashville’s successful “Ideas 2 Reality” (I2R) process to help shape my administration. Four teams – in four of my priority issue areas – utilized the integrated innovation program of I2R to identify and strengthen cross-departmental partnerships to produce innovative approaches to pressing local needs. These cross-sector teams were encouraged to create Public Investment Plans (PIPs) for how they would innovate to better provide services to Nashvillians. A panel of judges, including myself, heard pitches from the PIP teams before making a final determination as to which would be funded through our innovation fund. This competitive process was a direct result of the I2R and a legacy of our work with the City Accelerator. 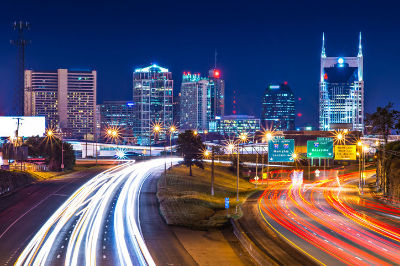 How can municipal governments ensure that the innovation being implemented continues beyond transitions in leadership, both elected and front-line staff?

Mayor Kenney: For innovation to take hold, we need to support an environment where it can flourish, and that’s been our experience here in Philadelphia. New leadership took office this January and there have been many changes across government—new staff, new programs, and new priorities—but a commitment to innovation in government bridges administrations. Treating our diverse workforce with respect ensures that different voices are valued, and opportunities for collaboration and professional development are offered. Our approach to innovation is an inclusive one, and we are stronger for it. To support this, the City Accelerator initiative included training of front-line staff, managers, policymakers and others in behavioral economics, human-centered design and trauma-informed customer service, so that we can replicate the successes of the City Accelerator project throughout our government now and in the future.

Mayor Fischer: One specific way we have worked to give innovation its own identity outside my administration is by working with innovative partners in the private and non-profit sectors. For instance, a key outcome of the City Accelerator for us was developing a City Innovation Fund. This fund will create a mechanism that will competitively provide philanthropic seed funding for various City departments to pursue innovative projects that are designed to improve the lives of the urban poor in Louisville. This has two benefits: The fund creates an incentive for City employees to try new things, and it is a mechanism to spur innovation in City Hall that is outside the control of any elected official.

Mayor Barry: We created two new offices shortly after I was elected: the Office of Economic Opportunity and Empowerment and the Office of Infrastructure, Transportation and Sustainability. In both cases, my expectation is that those teams will work across departments, across sectors, and help me enact my vision for the future of Nashville. These teams are spending time getting our city resources and priorities aligned, engaging public and private stakeholders, and working to build strategic blueprints for our work going forward. 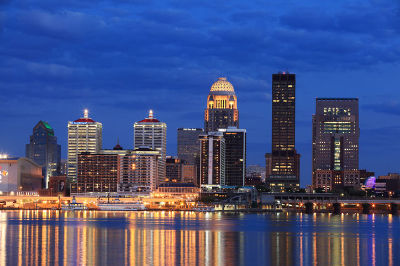 How has this initiative helped accelerate the positive impact your city has had on low-income residents?

Mayor Barry: One standout story is about a local resident named Gary, who has openly discussed his struggles with addiction and with his finances. About eight years ago, Gary overcame addiction and since then, has been in recovery living a sober lifestyle. However, he was in over $100,000 in debt due to his bad decisions early in life. Thanks to the cross-sector partnerships born from Nashville’s City Accelerator work to combat homelessness, Gary’s housing provider referred him to the Nashville Financial Empowerment Center (FEC), a partnership between my office and our local United Way. After working with an FEC counselor for a year, Gary is now debt-free, growing his savings account and improving his credit score. Gary probably tells it best – “I imagined living the rest of my life regretting all the bad decisions I made. The Nashville FEC gave me the hope I needed.” Thanks to our focus on working across governmental and non-profit silos, and thanks to programs like Ideas 2 Reality bringing thought leaders together from multiple departments and agencies, Gary was able to not only get help, but regain his hope and control of his finances.

Mayor Kenney: As a result of the City Accelerator, more Philadelphians are receiving the taxpayer benefits to which they are entitled, increasing their disposable income to pay bills and to buy goods and services. During our pilot, the number of applications received for a program that offers a 25% discount on water bills to low-income seniors more than doubled for two straight months. As a result of this effort, hundreds of our most vulnerable seniors are now receiving a discount that will make managing their household bills easier. We tested various messages and means of communication and identified what worked best to ensure residents were not only aware of the program, but completed and returned an application. Our efforts uncovered that certain attention-grabbing mailings led to increased enrollment – large and colorful envelopes made a difference, while postcards and phones calls were less effective. Over time, we hope to replicate the learnings from this pilot in other departments that offer taxpayer benefits.

Mayor Fischer: A great example involves a fire protection project focused on vacant and abandoned structures. A local hackathon supported by the City Accelerator initiative generated a new kind of smoke detection device – one that is solar-powered and could be placed along with a conventional smoke detector in a vacant or abandoned property. A microphone on the device could detect an alarm and send a cellular alert to emergency services. Once these smoke detectors connect and communicate through the neighborhood Wi-Fi network, our first responders will know about fires in vacant and abandoned buildings before they put occupied neighboring structures at risk. We are installing the prototype smoke detector in the first test location later this month.

Effective leadership is a critical starting point needed to apply innovative ideas to solve urban challenges, but it doesn’t end there. From offering incentives for teams to test out new ideas to training staff, as the mayors of Louisville, Nashville, and Philadelphia point out, making innovation stick involves investing resources into cutting-edge approaches and engaging municipal workers and citizens alike in the process.

Also key to achieving sustainable innovation in cities is forming and fostering partnerships across departments and sectors. By encouraging experimentation, risk-taking and cross-sector collaboration, the City Accelerator is helping cities try new approaches and embed innovations that can solve difficult urban challenges.

To learn more about the City Accelerator and the Citi Foundation’s commitment to building vibrant cities, visit citifoundation.com.