A Conversation with Cities: Local Leaders and Business Owners on Harnessing a City’s Buying Power

The following blog post is part of the City Accelerator initiative, a collaboration between the Citi Foundation and Living Cities that aims to speed the adoption of innovative local government projects within and across cities that will have a significant impact on the lives of their residents, especially those with low incomes.

It is estimated that in the U.S. alone, cities spend $1 trillion annually on purchasing goods and services. While the world of government spending is highly complex and technical, these contracts form the backbone of how cities operate. Cities are increasingly recognizing that when it comes to their procurement spending, there is an opportunity to strengthen their cities by connecting more effectively with their diverse business population. In re-engineering the procurement process, which poses many barriers to minority business enterprises (MBEs) – many of which are small businesses – there’s a tremendous opportunity for governments to positively impact MBE growth and development, which in turn may help these businesses to grow as well as strengthen the local community.

Because of municipal communications gaps around upcoming contract opportunities, many minority-owned businesses may lack awareness of opportunities to compete for public contracts. Additionally, they often lack access to capital to meet the upfront requirements to be eligible to bid on city contracts. Understanding these dynamics around the need for access and transparency, Charlotte, Chicago, Los Angeles, Memphis, and Milwaukee joined together as part of the fourth class of the City Accelerator to improve access to government contracting for MBEs through increasing vendor pools, addressing capital access and providing supportive services that assist in growth. These cities recognize that working with newer, smaller, underutilized businesses can lead to more innovative or effective results that ultimately benefit the city.

After coming in last in an economic mobility study of the 50 largest U.S. cities, the City of Charlotte committed to addressing the economic barriers residents, including local business owners, face. With support from the City Accelerator, the City of Charlotte launched AMP UP Charlotte, a seven-month in-person technical assistance program for minority business owners seeking city contracts – especially timely as the city prepares to host a professional-level all star game in 2019.

Since 2015, the City of Chicago has worked to increase the effectiveness and transparency of their procurement process. At the outset, multiple agencies had their own separate procurement administration, which can be difficult to navigate for small and minority business owners. Through the City Accelerator, Chicago worked to standardize its procurement practices across separate public agencies that spend a combined annual total exceeding $6 billion.

In Los Angeles, the city used support from the City Accelerator to expand and diversify the pool of businesses that do business with the city as it prepares to host a major sporting event in the coming years. In 2015, minority-owned businesses made up just 10 percent of the $1.475 billion the city spent on professional services procurement, which could include providers such as architects, accountants, and lawyers. As part of the City Accelerator, Los Angeles hosted a series of matchmaking events for small, women- and minority-owned business owners and government departments to build relationships and awareness around contracting opportunities.

The City of Memphis has increased the city’s contract spending with minority- and women-owned businesses by 98 percent since 2016. Building on this success, the city used data from a recent Disparity Study to measure minority business availability and determine whether minority businesses were being appropriately utilized in public contracting. As a part of the City Accelerator, Memphis piloted a process that speeds up payment to small and minority businesses and hosted financial workshops for business owners.

While Milwaukee has a race- and gender-neutral procurement program, the city is working within this policy to impact both their small and diverse business population. With support from the City Accelerator, the City of Milwaukee surveyed small and minority-owned businesses, learned that many were unaware of contracting opportunities and inclusion programs, and worked to address these communication gaps.

On the heels of the final convening of representatives from all five cities participating in this class of the City Accelerator, city leaders and business owners shared their experiences about how cities can conduct more effective and inclusive procurement, leading to stronger outcomes for cities, residents and local businesses. 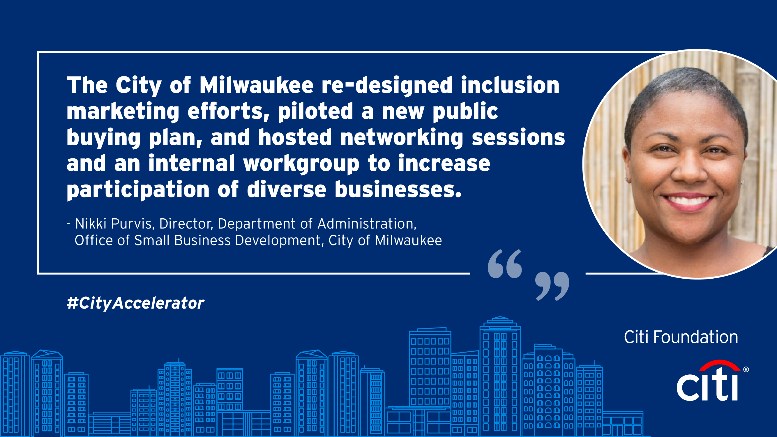 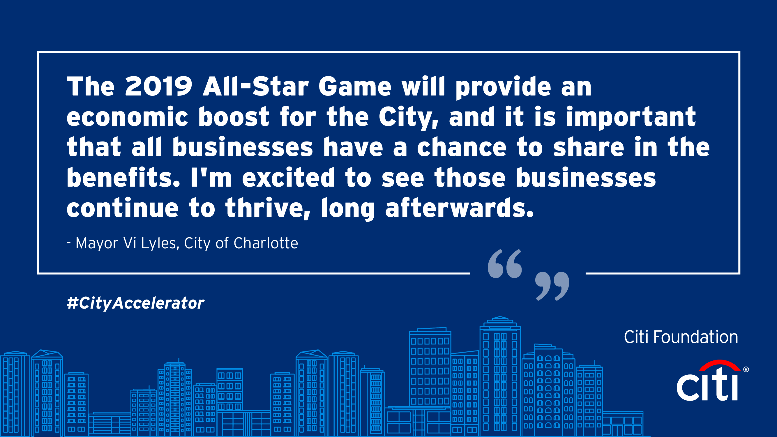 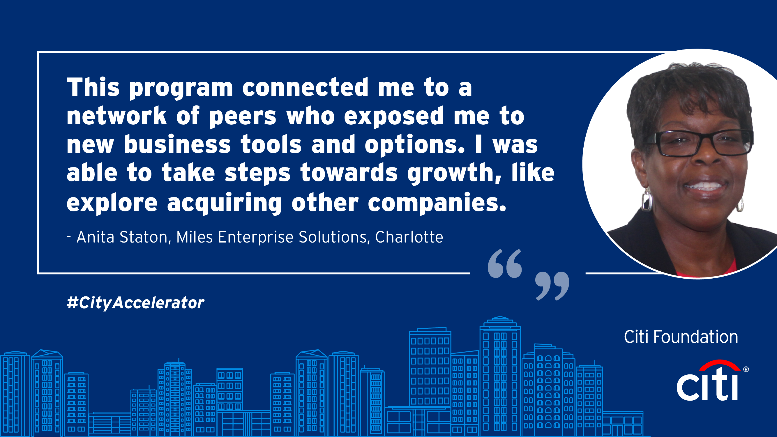 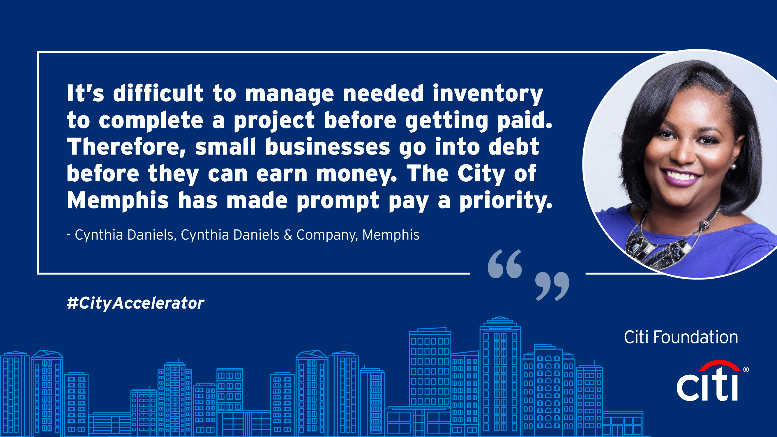 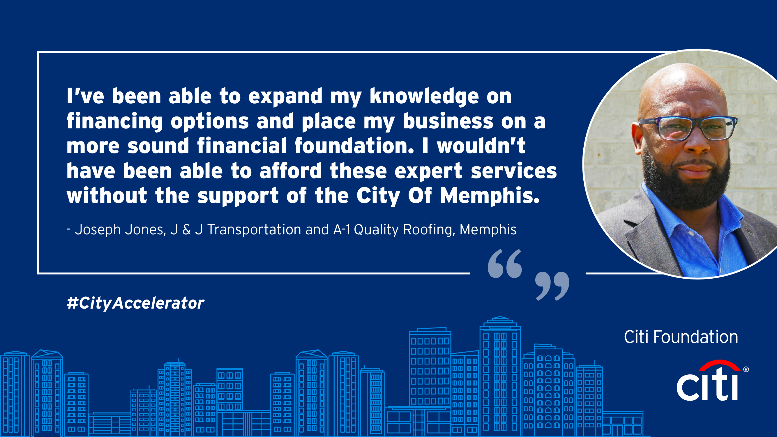 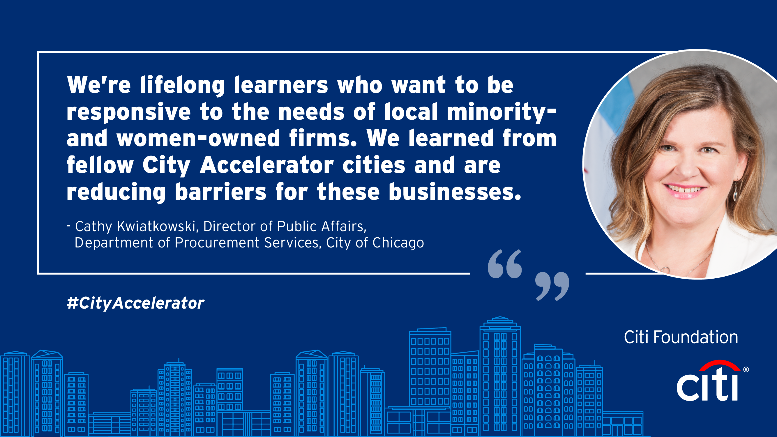