For Women, By Women: Closing the Gender Gap in Entrepreneurship 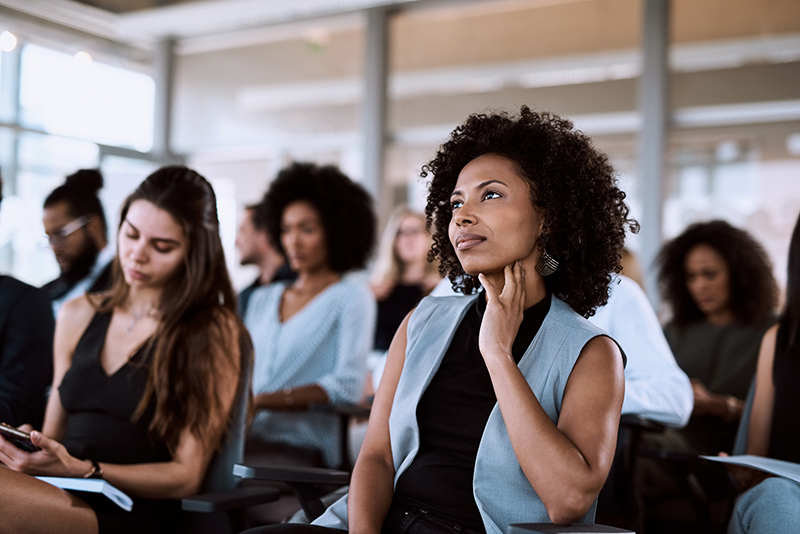 There are almost 360,000 women entrepreneurs in New York City, and women contribute approximately $50 billion annually in revenue to the city's economy. However, according to research supported by Citi Community Development, men own 1.5 times the number of businesses, have 3.5 times the number of employees, and generate 4.5 times the amount of revenue.

Milena is a good example. Although she is a former banker, she has faced many challenges. After moving from London to New York City, she launched a consulting company, which advises entrepreneurs, corporations and governments as they develop technology projects using artificial intelligence and block chain technologies. Yet Milena, like thousands of entrepreneurs in New York, needed guidance on how to grow her business, build a new credit history and score, and take it to the next level.

How do we begin to close this gender gap? By investing in a multi-sector approach for women, by women.

Launched in 2015 by the NYC Department of Small Business Services with a goal to serve 5,000 women in New York City, Women Entrepreneurs NYC (WE NYC) connects aspiring and established women entrepreneurs to the resources, education, and community services needed to build thriving businesses. The full suite of initiatives provided by the program includes networking events, mentorship services, and free business courses on topics like credit building, funding, and leadership, as well as financial assistance and pro-bono legal clinics.

Since its launch, WE NYC has surpassed its initial goal of serving 5,000 women by helping over 6,000 women entrepreneurs develop their ideas and expand their enterprises. The initiative has also provided nearly $1 million in loans through the City's first crowdfunding program; provided over 225 hours of direct mentoring; and offered over 1,300 hours of workshops to share valuable insights on topics including financial counseling and leadership training.

Research by WE NYC also found that New York City loan rejection based on poor credit ratings or thin credit files is common for many low income and immigrant women entrepreneurs. Facing these barriers, most women entrepreneurs – 90 percent of those surveyed – are obliged to draw on their personal savings to account for 70 percent or more of their start-up capital.

As part of WE NYC, Citi Community Development supported "WE Master Money: Credit," connecting women with credit-building workshops and one-on-one counselling to help them manage credit and access more loans. The program ensures that women entrepreneurs are well-equipped to build credit and financial resilience.

Milena is one of the 2,000 women who have benefitted from this program. Despite her prior experience with investing and credit scoring, Milena was unfamiliar with the U.S. credit score system, and needed guidance as she grew her business in New York. By participating in workshops and consultations, she was able to learn about credit scoring in the U.S. and plan her finances accordingly, which has enabled her to strengthen her business.

Women entrepreneurs like Milena are key drivers of the New York City economy. By clearing obstacles to inclusion and closing the gender access gap, WE NYC helps ensure that more woman-owned entrepreneurial start-ups and established businesses enrich our communities and create good jobs for our residents.

Thanks a lot for sharing this blog. Really nice and fresh content. All the information is helpful for us.

Nice to be visiting your blog again, it has been months for me. Well this article that i've been waited for so long. I need this article to complete my assignment in the college, and it has same topic with your article. Thanks, great share.